Young Singaporean keyboardist-composer Lim Han Quan started his musical journey when he was 4, and has since then gone on to distinguish himself in many areas of music. As an avid performer and improviser on the keyboard, Han Quan is a 4-time Grand Prix winner of the Singapore Electone Festival from 2013-16. He has also represented Singapore in the Asia-Pacific Electone Festivals in Bangkok, Kuala Lumpur, Taipei and Macau where he performed his original compositions. In 2014 and 2016, Han Quan also represented the Asia-Pacific region in the Yamaha Electone Concours in Japan.

Apart from solo playing, collaborative work also excites Han Quan. He was one of the Sing50 concert pianists who graced Singapore’s 50th anniversary at the National Stadium. In April 2016, Han Quan collaborated with artists from the Nanyang Academy of Fine Arts (NAFA) for Reframing Modernism, an interdisciplinary performance project at the National Gallery Singapore. In August 2017, Han Quan was involved in a multimedia performance project with DECK, in conjunction with the Singapore Night Festival 2017, performing original compositions and live improvisations on the electone.

In addition to performing, Han Quan is equally proficient in composing. He was a featured composer in the Young Composers' Forum 2016 organised by the Composers' Society of Singapore. Ensemble de la Belle Musique, a local ensemble dedicated to premiering beautiful and tonal pieces of music, had in 2018 and 2019 premiered three of his compositions for their annual Christmas concerts. His choral work Beauty and Song won the Honourable Mention Award in the International Choral Composition Competition Japan in 2021, and his latest work Catch that Lucky 7!! for saxophone quartet, was read by the H2 quartet in July 2021.

Han Quan is adept in communicating his ideas through a wide range of genres and styles, including popular music. In his compositional style, harmony, sound and their sonic effects are of particular interest to him, providing a constant source of inspiration. Han Quan graduated from NAFA with a Diploma with Distinction in Music (Composition) in September 2017, and is now reading the NAFA-RCM Bachelor of Music (Honours) (Composition) degree under the tutelage of Dr Zechariah Goh, with a full scholarship by the Ngee Ann Kongsi.

While continuing to broaden his musical abilities through various means, Han Quan also hopes to inspire the younger generation to find their motivation and passion through music. 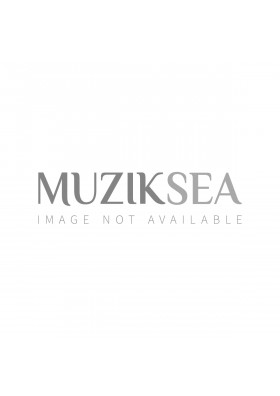 $5.00
During the Winter Solstice celebration which usually happens late in December every year, some Chinese people make dry glutinous rice balls mixed with bean, sugar and black sesame powder. Families would sit around the...
Add to cart
View more
Add to wishlist

$5.00
Beauty and Song is a poem written by poet Thomas Moore. This poem describes the love between the nightingale and a rose. The symbiotic relationship between the two entities aims to illustrate the celebration of a...
Add to cart
View more
Add to wishlist
Close
View more results
No products were found.